The Detention Division consists of four squads whose primary duties include the supervision of the inmate population within the New Hanover County Detention Facility. This supervision includes, but is not limited to, ensuring the inmates are housed in a safe environment, providing quality meals, and providing inmates with family and attorney contact through frequent visitation.

The Division also includes a fifth squad which is responsible for inmate transportation to and from the facility, inmate classification, front desk responsibilities, and logistical duties. In addition, there is a booking/intake unit that is staffed 24 hours a day and is responsible for processing inmates who are pending confinement.

The Facility, located on Juvenile Center Road, employs 98 deputies and 71 detention officers along with nine members of a civilian support staff. The Division's primary objectives include operational security and focuses on the safety of the officers, support staff, and inmates who live and work within it.

The inmate population varies but averages 569 inmates daily. The Facility booked 10,641, males: 8,104, females: 2,537, in 2014. Due to the size of the inmate population, visitation is allowed by appointment only and must be scheduled by the inmate. Visitation hours are between 1 and 9 pm daily.

Each inmate is allowed a 45-minute visitation twice per week with up to two adult guests per visit. A guest under the age of 18 must be accompanied by an adult. All visitors are required to provide approved photo identification upon arrival.

Note: Any mail received containing any of the following items will be returned to sender, items such as greeting cards, anything on card stock paper, anything on colored paper, copies of photographs, cash, stamps, stickers, blank paper, blank envelopes, padded or bubble wrap envelopes etc.

Getting Money to Inmates

Money Orders mailed to the inmate must be made payable to New Hanover County and the inmate's name should be put in the "memo" section. Otherwise, they will be placed in the inmate's property.

Cash for inmates must be deposited into their account utilizing an automated kiosk located in the front lobby of the facility. They are also allowed to accept magazines and soft-cover books, but only if purchased directly from the publisher and parcel-delivered to the Facility. Packages, books, magazines, or other items presented by visitors cannot be accepted for safety and security reasons.

Automated information, such as inmate sentences and projected release date, may be obtained statewide by calling 877-627-2826 (877-NCSAVAN).

To serve and protect the citizens of New Hanover County with integrity and enforce the laws of North Carolina and the United States of America. This includes the youth of New Hanover County. Numerous studies have been conducted on the effectiveness of 'Scared Straight' programs. It has been determined that this type of intervention for juvenile delinquents and those at risk of becoming delinquent, is ineffective. In some cases, it was found to actually increase recidivism (chronic relapse into crime). The New Hanover County Sheriff's Office maintains a positive relationship with the citizens of New Hanover County and wishes to create the same with the youth in our community. We want children to know that law enforcement officers help, not hurt. The 'First Choice Program' was created by the New Hanover County Sheriff's Office to promote a positive experience for youth who may be delinquent or at-risk of becoming delinquent. The program targets youth, generally less than 18 years of age, but is available to anyone. The two main components of the 'First Choice Program' are a guided tour of the New Hanover County Detention Facility and discussions with inmates. Guided tours through the facility are conducted by officers with the knowledge and experience to offer advice and information and to present a positive role-model. These tours allow youth to observe first-hand what a jail environment can be like. Discussions with inmates take more of an educational and advice-giving approach rather than a fear-based approach. Inmates talk about the wrong choices they made, the crimes they committed that ultimately led to incarceration, and how painful and dangerous it can be to live a life of crime. 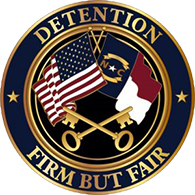