Gold-colored cuff-style bracelet that is 3 5⁄16 inches in diameter and 1 13⁄16 inches in width. There are gold-colored metal representations of astrological and mythological figures on the top of the bracelet and a hinged pinch clasp and safety chain on the bottom. The manufacturer's name, "Tortolani," is engraved on the inside of the bracelet.

The bracelet was manufactured by Tortolani Custom Metal Castings. Company founder Francisco "Frank" Tortolani was born in Italy where he attended jewelry design school. After moving to the United States, he founded the Mastercraft Jewelry Company in Providence, Rhode Island. After World War II, Frank Tortolani moved to Los Angeles where he started Tortolani Jewelry which continues to specialize in custom pieces.

In the July 8, 1987 edition of the Wilmington Star, Hannah Block discussed Caterina Jarboro's reaction to the placement of the plaque. Block described how Jarboro began to cry as she visited the house she had not seen since 1913. Then, when she was reminded that people would soon be arriving, "she just threw her shoulders back and her head went up. It was just like she was going on stage. She just took control. She was a diva if there ever was one."

Caterina Jarboro, born Katherine Lee Yarborough, was the daughter of John Wesley Yarborough (1851 to 1924), an African American barber with a shop located at 212 N Front Street in Wilmington, North Carolina and Ann Elizabeth Harriss (1864 to 1913), a Native American. She was baptized at St. Thomas Catholic Church in Wilmington, North Carolina and educated at the church's school and Gregory Normal School. In 1911, at the urging of St. Thomas' Catholic nuns who were impressed with her singing ability, Caterina went to live with an aunt in Brooklyn, New York to study music.

After her relocation to New York City, little is known of Caterina's activities, other than a 1913 visit to Wilmington after her mother's death, until her 1921 appearance in a New York-based production of the musical "Shuffle Along." In 1926, Jarboro moved to Europe to further her musical education where she found work as a soloist in French churches and, in 1928, she moved to Italy where she became a pupil of Nino Campinno. In 1929, she made her grand opera debut in Milan, Italy with a role in Verdi's "Aida." In 1930, she made her debut at the Puccini Opera House in Milan where she performed "Aida" twelve time and "L'Africaine" an additional two times. Over the next two years Caterina appeared at venues in Belgium, Naples, Toulouse, Nice, Monte Carlo, Lyons, Narbonne, and St. Moritz. In early 1932, intending a brief stay, Caterina returned to the United States while under contract with the San Carolo Opera in Milan, but decided to remain longer to explore career opportunities. She eventually accepted an offer with the Chicago Opera Company and, at age 29, she became the first African-American woman to perform at a U.S. opera house in 1933 at Manhattan's Hippodrome. Among her other performances were recitals at Wilmington, North Carolina's Thalian Hall to on behalf of the Colored Empty Stocking Fund (1932) and a benefit concert for St. Luke's AME Zion Church (1933). A lack of roles due to a combination of Depression-related economic difficulties and inherent racism, led Caterina to return to Europe where, based out of Brussels, Belgium, she continued to perform throughout Europe. The outbreak of World War II caused her to return to the United States where she worked as an interpreter to the U.S. Army as well as making occasional operatic appearances such as at New York's Town Hall (1942) and Carnegie Hall (1944). Jarboro retired from professional singing in 1955.

Hannah Solomon Block was also a performer. After studying at Goucher College and the Peabody Conservatory in Baltimore, Maryland she moved to New York City where, under the stage name Nina Rhodes, she sang and performed at a number of venues, including the Stage Door Canteen and Number One Fifth Avenue. While in New York, she met Charles Morris Block (1902 to 1978) of Wilmington, North Carolina, a partner in the family-owned Southland Manufacturing Company, which later became Block Industries. The couple married in 1935 and settled in Wilmington where Hannah became involved in community affairs. She also pioneered historic preservation in downtown Wilmington. 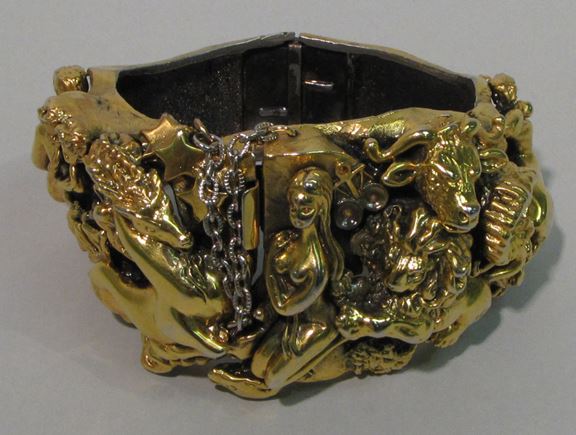 Gift of Estate of Hannah Block