This copy of the New York Herald newspaper documents the fall of Fort Fisher. The headline reads "The Capture of Fort Fisher." And the entire center section of front page is taken up with a map of the Cape Fear River noting the location of Confederate positions.

This newspaper was donated to the Museum in 1997. It shows a Northern reaction to the capture of Confederate Fort Fisher. Cape Fear Museum is a repository of the region's rich Civil War-era history. Along with newspapers, maps, and other materials, the collection includes some significant artifacts such as Confederate General William Henry Chase Whiting's uniform and a flask that belonged to Union Colonel John W Ames, who was the regimental commander of the 6th U.S. Colored Infantry during the Fort Fisher campaign.

In January 1865, it was front page news all over the land: Fort Fisher, near the mouth of the Cape Fear River, had been captured by Union troops. Although most of North Carolina's coast fell to the Union early in the Civil War, the Wilmington area remained in Confederate hands until Fort Fisher fell. Already the largest city in North Carolina in 1860, Wilmington became increasingly important to the Confederacy as a whole as the war dragged on.

By the time Union guns bombarded Fort Fisher over Christmas, 1864, Wilmington was the Confederacy's major seaport. This first attack wasn't successful, and after regrouping, the Union tried again. On January 13th, 1865 after a more successful bombardment, Union troops landed at the fort, and two days later, they were victorious. This loss shifted the balance of power in the region to the Union. On February 22, 1865, Wilmington was occupied by Union forces. 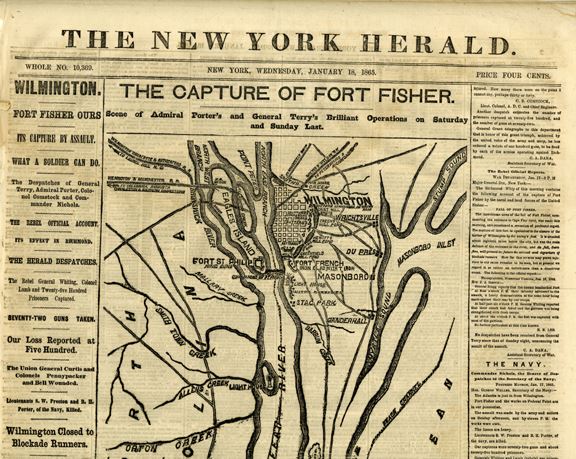