This Bingo came includes a box, measuring 7.25 inches by 13.79 inches. Inside there are compartments with wooden counters, and various pieces.

In 1992, Wilmington's Solomon sisters - members of a prominent local Jewish family - gave a large donation of family items to the Museum. This Bingo game was among the items they donated. Members of the Solomon family came to Wilmington from Germany in the 19th century. The Solomon sisters' grandfather, Sigmund Solomon (1844 to 1940) and his brother Bernhard (1854 to 1943) founded a successful dry goods business. The girls' father, Harry Myer Solomon (1890 to 1962) was active in the family business and was a veteran of World War I. Harry married Mary Louise Fick (1883 to 1976) and the couple had three girls: Marie (1925 to unknown), Jean (1926 to 2010), and Catherine (1931 to unknown). ildren in Wilmington in the 1920s, 1930s, and 1940s. This Bingo game was manufactured by American game company, Milton Bradley. Milton Bradley was a 19th century lithographer who went into the games business in 1860. The company is now owned by Hasbro.

Games with boards, like Mancala, have been played for thousands of years. But it wasn't until the 19th century that commercially manufactured boxed games with boards began to be produced in mass quantities. The United States' board game business took root in the 1840s. After the Civil War, improved color printing techniques helped board games proliferate. Companies like Milton Bradley, Parker Brothers, and Selchow and Righter began making large quantities of board games such as Parcheesi and Life. Although we might think of them as "timeless," many games such as Chutes and Ladders, Candy Land, and Battleship were introduced during or after World War II. 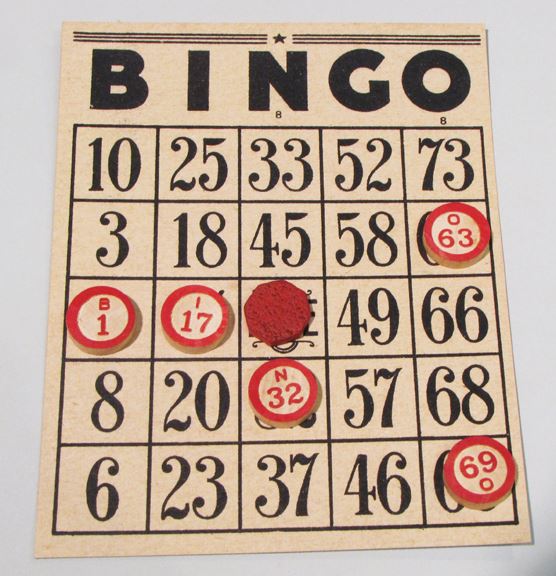